“What is your best money advice?”  My brain flashed with all the ideas, experiences, and memories I’ve had with money as I read this question on social media.  It didn’t take me long to spit out my best money advice:

The above statement is my best advice on how to build wealth.  My wife and I learned this bit of wisdom from real-life experience, which is the best way to learn.  Simply put:  We’ve learned it’s more fun to own a financial portfolio stocked full of cash-flowing assets, than it is to own a portfolio full of high-priced liabilities.

It’s amazing how fast your money can grow when you manage a portfolio of cash-flowing assets, rather than a portfolio full of cash-stealing liabilities.  What’s the difference between assets and a liabilities?  Assets are financial investments that create money.  Liabilities are purchases that lose money.  A rental property that makes you $600 a month is an asset.  A car is a liability as it drops in value every month.  The beautiful thing about owning a large and diverse collection of assets is that these investments will make money for you whether you’re working or not.  Personally, I find it very exciting to make money even when I am not working.

“If you want to be wealthy, find ways to make money even when you’re sleeping.”  This is some of the best money advice I’ve ever heard.  The easiest way to do this is to methodically plan, save, and buy as many assets as you can.  Now that I’ve shared my best money advice, I want to tell a story that will help show this point.

My wife and I have bought a lot of awesome assets in the last five years to get our net-worth up to around a quarter-million dollars.  (See past articles on stocks and real-estate for examples.)  But there have been a few clunkers mixed in there too.  This is a story about one of those clunkers.

One winter afternoon in 2015, my wife left home to hang out with a friend.  When she came home, she said to me, “I want to buy a grand piano.”  It turns out her friend had a grand piano at her house, and as they played it, she was reminded of her childhood years in piano lessons.  The memories made her feel all warm and fuzzy inside, and she immediately started trying to sell me on the idea of getting a grand piano for our house.

At first, I was totally against the idea.  But as I thought about it more, I actually started to warm up to the thought.  I’ve played guitar for the last 15 years, and I can navigate music-theory pretty well on a guitar.  I love investing in new hobbies to learn, and so adding a piano to our home started to sound like a cool idea.

My strong, “no’s” started to turn into “maybe’s,” and negotiations started happening with my wife over the piano.  I eventually talked my wife out of a grand piano – we just don’t have the space in our house.  But I started to become on board with the idea of buying a keyboard piano.  I started imagining our living room turning into a little music studio that we could jam in during the cold winter months.

So the next weekend, we both went to the music store and looked at new keyboards.  Unfortunately, we started looking at the most expensive units first.   This may not have been the best idea, because we both fell in love with a beautiful, colorful, state-of-the-art keyboard.   Of course the price tag was $2,500 too!  That’s right, two-thousand-five-hundred-dollars for a piece of hobby equipment that we only planned on occasionally using.  What were we thinking?  I don’t know!  Our cars barely cost $2,500!!!!  But it was so cool looking, and we had the money in the bank!

At first, my frugal side said “NO” and stood firm.  I told my wife that there’s no way we’re going to pay $2,500 for a keyboard that we’re just going to use occasionally.  But my wife really wanted it.  She sold me hard on it.  We compromised and said we’d think about it for a week to make sure it wasn’t an impulse buy.  Unfortunately, that week gave me enough time to fantasize about it more, and shop online for a better deal.  I eventually found a used-one on Ebay for $500 off.  Now it was only $2,000 in my mind!  I discovered I really wanted it too, and our 2016 Christmas gift to ourselves was a $2000 Roland RD-800 keyboard.

I’ll admit, the day it arrived was pretty cool.  I’m a stereo junkie, and when I hooked it up to our 1000-watt stereo, it sounded awesome.  We played it for a few months, but eventually our interests drifted back to our other favorite summer hobbies, such as: fishing, golfing, biking, real-estate projects, and we just never returned to using it as much as we planned.

What began as an amazing new gift to ourselves, became a very expensive hunk of metal in our living room.  It also added stress to our lives because every time we had kids in our house, we were afraid they were going to knock it over or spill something on it!  Every time we walked past it, we began to regret our decision buying it.  We just didn’t need it.  As new updated models came out, our once state-of-the-art-model, was dropping in value fast as it started to become outdated.  Our awesome keyboard had become a liability, and we learned buying liabilities isn’t fun because every time you look at them, you’re reminded of all the money you lost on them.

So the next day the guy came to my house, and tested it in my living room.  He said he was a professional musician, and I could tell he would appreciate it much more than we would.  When he asked why we were selling it, I told him that we just didn’t need something so nice.  I said we’d probably take some of the cash from selling it and buy a cheaper model that we wouldn’t have to stress about.

His next sentence surprised me.  He said, “If you’re going to buy another one, you should just buy my old one.  I have the older model, the RD-700.  How about I give you $1000 cash for yours, and we trade keyboards?”

This is better that what I hoped for.  His offer provided a solution for both of us.  We’d get rid of a liability in our lives, and $1000 cash to buy more assets that would start increasing in value!  And we’d still have a nice piano!!!  Win, win, win!!!! 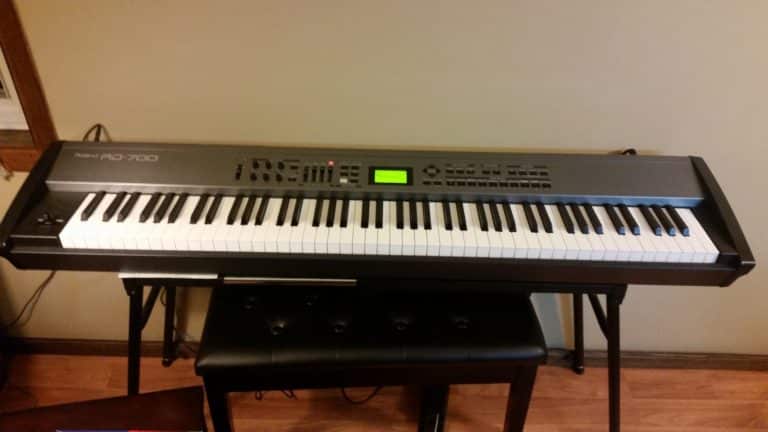 So that’s the story of a bad money mistake we made (buying a liability we didn’t need), and how we fixed it (sold it to buy more assets.)   The best money advice we learned from it:  Buy assets that make you money.  Avoid liabilities that steal money from you.

In conclusion, the easiest way to create wealth is to look at all the possessions you own in life, and evaluate them.  Are they assets?  Or are they liabilities?  Are they dropping in value?  Or are they increasing in value and making money for you?  Just like I said in the beginning of this article, my best money advice is:

Doing this will take you on the journey to wealth faster than you ever imagined.  God bless.