The Value Of Friendship Found On A $600 Ski Trip

“Shhhh,” I say as you sit right in front of me.   “I want to tell you a secret on how to create all of the wealth you dream about.”

I smile. You’re in my living room.  The fireplace is on.  Spring in Minnesota is coming, but it’s still cold outside.

“The secret to a wealthy life is to make as many great friends as you can.  Friendships are what turn an empty life into an adventurous life where you can accomplish all of your dreams.”

This story is based on a ski trip my wife and I took to Colorado last week.  It’s about how we made a six day road trip with four days in the mountains and two days skiing cost only $600.  But even more so, it’s about the value of friendship and how our friends can inspire us to live happier, healthier, and wealthier lives.

It all started with an email I got from my friend 3 weeks ago.  I’m going to call my friend, Torque, in this post because he inspires me to take risks to find my purpose in life.   The subject line in the email said:  “Colorado Ski Trip.  Come see us.”

Of course I opened the email right away because good things usually happen when Torque messages me.  The message read: “My wife and I just bought a condo in the Rocky Mountains.  Come ski with us in March anytime if you can make it. “

I yelled upstairs to my wife, “Want to go on a ski trip?”

She yelled back, “Can we afford it?”

I said, “With our high savings to spending ratio, we can afford anything if we create the right strategy.” 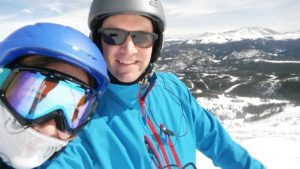 As I thought about the email and the trip, I reflected on the life-long friendship I’ve had with Torque.

His risk-taking attitude always inspired me when we were teenagers growing up.  Although many of his risks didn’t look too smart at the time.  I remembered when I used to laugh at some of his get-rich-quick ideas.

Like the one time we went to a casino in Minnesota the night before a trip to Vegas to try to make some money.  We ended up losing $800 before we even got on the plane to Vegas.  And I remember the time he invested money into a get-rich-quick pyramid scheme that he saw on a late night TV infomercial.  I remember spending all night putting hundreds of fliers into people’s cars outside of Minneapolis night clubs hoping they’d call the phone number and buy into his pyramid scheme.  Unfortunately nobody called, and he lost the money he invested in the scheme.

If you would have watched judged him then, some of his ideas would have been easy to laugh at.  But he would have responded with:  “But at least I am trying to live the life that I want.  That’s more than most people ever do.”

And he was right about that.  Later on in life, I learned by watching him that you only need to be right once for your entire life and fortune to change.

The secret to success is to keep trying to find your one great idea even if you look foolish sometimes along the way.

Torque was right, because after all his failed attempts, he finally got one of his ideas to start working.  He started building websites that many people probably thought were a waste of time.  But he found a way to make a few of them profitable.  And then he made more profitable.  And all of a sudden, they were extremely profitable.

Rather than buying a bunch of consumerist junk with his money, like a new car and fancy clothes, he bought a rental property.  Then he bought a duplex and rented it out.  As his properties started making him money, he bought another one, and another one, and several more, until ten years later, I got the email from him saying, “I just bought a ski condo in the mountains.  I’m only 35 years old, but I’m planning on this being one of my retirement homes eventually, so I’m buying it now so it’ll be paid off when I want to officially retire. You’re welcome to come visit me anytime and ski like we’re teenagers again.”

And that’s how the path to success, entrepreneurship, financial independence, and wealth happens.  The path begins by creating ideas.  Then you have to test them.  It’s easy to laugh at people when they’re trying, and you will be laughed at, but you have to keep trying.

As you can see from Torque’s journey through life, you can fail 100 times, but all it takes is one idea to work for you to completely change your fortune and life.  The key to all success is just don’t give up, and follow the ideas that God is giving you to the end.

And then when you so start making money, don’t buy a bunch of consumerist crap that depreciates over night.

I looked out at my 2004 Toyota Camry sitting in my driveway, and we decided since gas is cheap, we’d go on a road trip to Colorado.

The night before we left, we cooked 3 frozen pizzas and packed them in a cooler with groceries so we wouldn’t have to pay for food as we traveled. 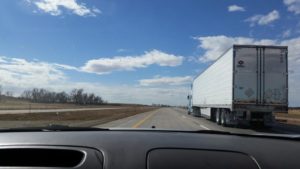 We stayed at my wife’s Grandmothers house that night, and we headed up into the mountains in the morning.  The next two days we skied at Breckenridge and Keystone using discount lift tickets that Torque had for us.  That was by far the most expensive part of the trip at $400. 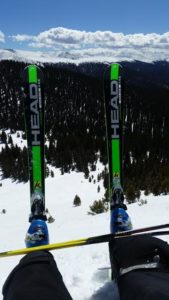 After 3 days in the mountains, and 2 days of skiing, we finished our trip with a day of hiking above Denver on Lookout Mountain.  (Hiking is free)  On Day 5 we were finally ready to go home.

On our final evening in Denver, we decided that we were having so much fun on this trip that we didn’t want it to end.  So we happily took the long drive home from Denver, and drove through Wyoming and South Dakota and saw some of America’s most famous places along the way.

We reached the Crazy Horse monument in South Dakota at 9 AM, and spent an hour at Mount Rushmore, at 10 AM.  We splurged a $20 bill to drive through the badlands national park. (Well worth it) , and we finally reached Minneapolis (Home), 8 PM for a total return gas bill of $87.74.

For $600 we made some incredible memories and six days of adventure.  I bet some people spend that amount of money in the bar for a weekend.  On Monday, wasted people probably don’t even know where that money went.

Pro-tip:  If you want to be wealthy, know where every penny of your money goes and always find ways to maximize your experiences to create the best value and feelings of happiness.

In the end, this post isn’t about money.  It’s about the value of friendship.  The secret to a great life is to find great friends who encourage you to shoot for the moon, because all it takes is one great idea to rocket you to the stars.

By the way, thanks for the fun weekend and 20 years of friendship, Torque.  Best friends can make you feel wealthier than any pile of money ever can.