Winners Build Wealth Because They Get in The Game

A strange thing happened in our home this week. My wife stopped obsessively watching the Olympics. When I asked her why she stopped, a profound truth bubbled up from her heart. This is the story of what she said. It is an extremely important truth if you want to build wealth:

Over the weekend, I went downstairs and I immediately noticed the TV was off. Amanda, my wife, was sitting quietly on the couch. The fireplace was flickering in the background. This is strange, I thought. The 2018 winter Olympics are on, and my wife is a competitive junkie. She looks forward to the Olympics every year. That’s why it was strange seeing the TV turned off as I walked into our living room. It was prime time. The Olympics have been on in our house since they began last week.

“What’s wrong?” I asked my wife. “Why aren’t you watching the Olympics?”

She looked unhappy and frustrated, like she was trying to grab for control after briefly losing it. She looked up from her phone.

“I’ve decided to stop watching them. They’re not good for me.”

She set her phone down. “I’m tired of watching other people achieve their dreams in life, and wishing I was them. That era of my life has to end, and it’s going to end tonight. It’s time I start prioritizing achieving my dreams as the most important game in my life.”

Amanda glanced back at her phone. I looked at what she was intently focusing on. Her phone was in her hands, the colorful screen glowed on her face. The light rays made her face look like she was a blue creature from the movie Avatar. She was drawing on her phone with an art app open. She was practicing her art. These were some of the images I watched her create as the colors from her phone flashed off the screen onto her face. 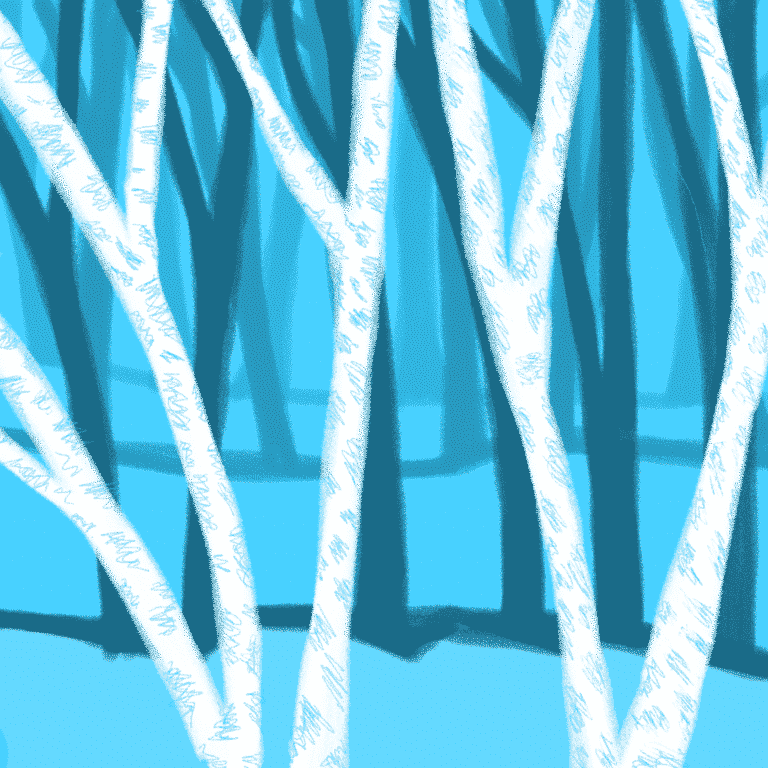 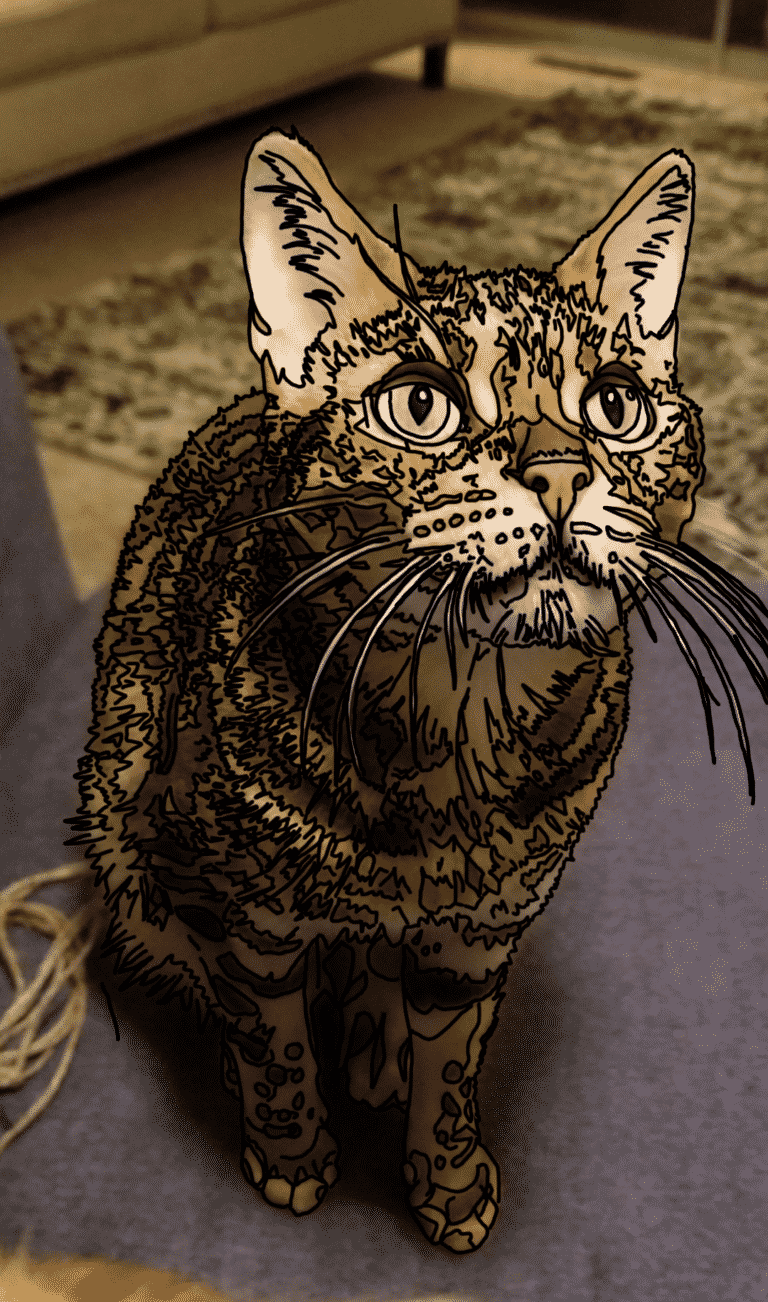 I, (Billy B.) am the main writer on this blog, Wealth Well Done. But my wife, Amanda, is the main artist. She is the one who creates most of the artistic images you’ll see on this blog. She understands colors, designs, and artistic interpretation, like I understand words and stories. Writing comes natural to me. Art comes natural to her. She’s always dreamed of being an artist but she never thought she was good enough.

Her own self-doubt has always held her back from the things she wanted to do. It’s been a bad habit she’s been trying to overcome the last few years.  Recently, as she was watching the Olympics, she’s realized she’s spent too much of her life watching other people practice, train, and compete for their dreams, and not enough time mastering her own talents, gifts, and life. So when I heard that she was taking a break from obsessively watching the Olympics to focus on figuring her own life out, I felt excited. I selfishly want my wife to be the best she can be, so we can be at our best together. I wanted to know what inspired her to think like this? What made her have the revelation that her life was more important than the lives of people she was watching on TV?

I sat down next to her. I looked her in her eyes. “Tell me more. I’m excited to hear what you’re learning, because learning is the key to unlocking everything amazing and magical in life. ”

Amanda looked back at me, sadness in her eyes. But the sadness was motivating her, and not crippling her. “I’ve just hit my breaking point recently.” She said, “I’ve spent my whole life on the sidelines watching other people achieve their dreams. I’m starting to realize that being a spectator in life isn’t enough to fulfill me. I want to play in the game too. I want to win. I’m tired of sitting on the couch, and watching life pass me by, while I watch other people work to live amazing adventures. Watching champions compete is no longer good enough. I want to feel like a champion in my own life.”

She turned on the TV. We both watched the Olympic skiers compete on the screen, and she looked back at me. “Do you know what the difference is between them and me?”

I shrugged my shoulders as I watched. “What?”

“I used to think that they were simply more gifted and talented than me. But now I know that is a lie I chose to believe. The only difference between us and them is that they’ve spent their lives practicing their skills, and working at their dreams, while I’ve spent my life watching them. While they were training, practicing, failing, succeeding, and growing, I was sitting idle and wishing I was them. I’m realizing that those athletes may be more talented than me in some areas, but I am more talented than them in other areas. The only difference between us is that they have been doing something with their gifts, and I have not. I’ve spent too much of my life wishing I was someone else. It’s time I start embracing who I am and figuring out what I am supposed to do. That’s what champions do. That’s how you win a gold medal in your own life.”

I leaned back on the couch. The cushions felt like I was sitting with my thoughts. Amanda continued drawing on her phone. More images flowed out of her mind, and more bright colors appeared on the screen: 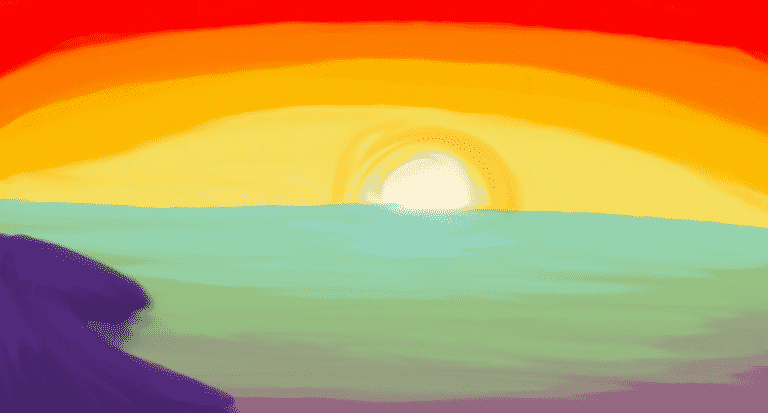 I listened to her and visualized the process of how human beings turn ideas into realities, and revelations into adventures that can change the course of their lives. In my mind, I saw the “journey to find your own personal gold medal.” It looked something like this:

First there is revelation. In this scenario, Amanda had a revelation that she wanted a bigger role in life than just being a spectator. She wanted to be a competitor in her own game of life. She realized she was going to have to create her adventure before she could live it.

Second, a plan formed in her mind. She stopped being a spectator by turning off the TV, so she could focus on finding the vision of who she wanted to become in her life.

Third, action had to be applied. Ideas will stay ideas until action is applied.  She applied action by practicing an art-form she cares deeply about.  Our talents and art-forms are often the vehicles that will take us to the places we need to go.  But we have to practice them, to be the best at them.

Fourth, she began to achieve.  Completing projects leads to a boost in self-esteem and confidence.  Confidence leads to bigger opportunities.

Fifth, reward is achieved.  Wealth (happiness, accomplishment, and monetary gain) is often the reward for doing your best.

“What caused you to think like this?” I asked.

“I’ve just been asking myself this question recently: Do I want to spend the rest of my life watching other people live their dream lives? Or do I want to live my dreams? Watching is no longer enough. Practicing, learning, and achieving is the next step I have to take.”

I am convinced that building wealth is not just about saving, investing, and counting your money. It’s also about making a mindset shift and choosing to believe you can be a champion in your own life. Wealth is the outcome of seeing life as the greatest game, and becoming a champion of mind, body, and spirit within it. Your own personal gold medal is out there for you to find if you want it.

This is how one builds wealth:  Stop being a spectator.  Get in the game.  Become a champion in your life and in your adventure.